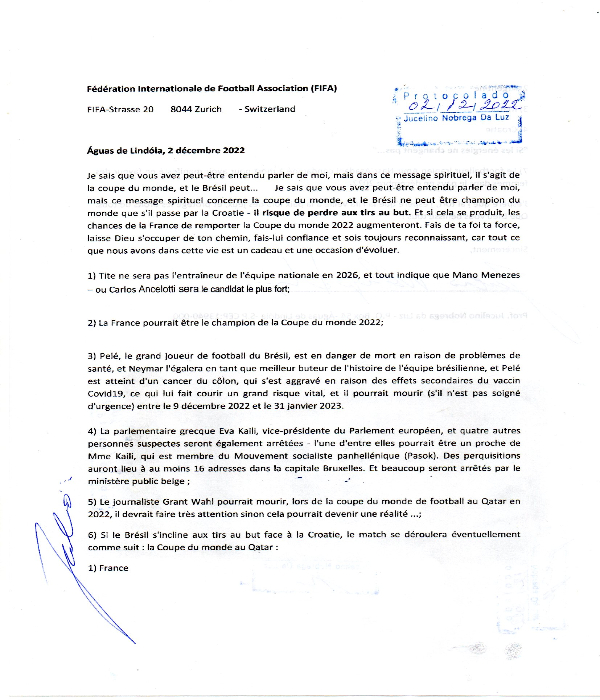 is one of the greatest and most respected spiritual guides in Brazil and in the world. 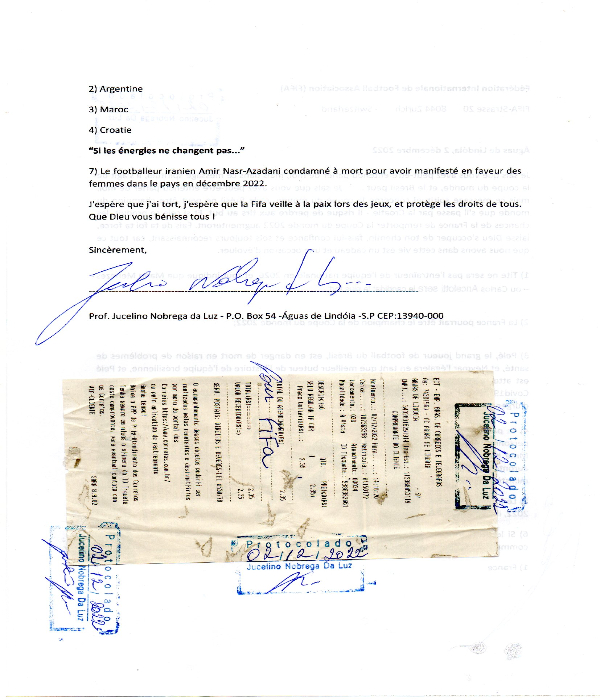 He has been bringing his (spiritual) healing energy for 53 years, and more than 2 million people around the world have received his benefits.

60% of people who have received his treatments have happily experienced healing and improvement. This success rate is phenomenal!

As a ( cradle Catholic ) in his orientation and a future traveler who transcends time and space, he transmits the light and energy that passes through him to harmonize your being, on all levels, physical, emotional, energetic, spiritual. 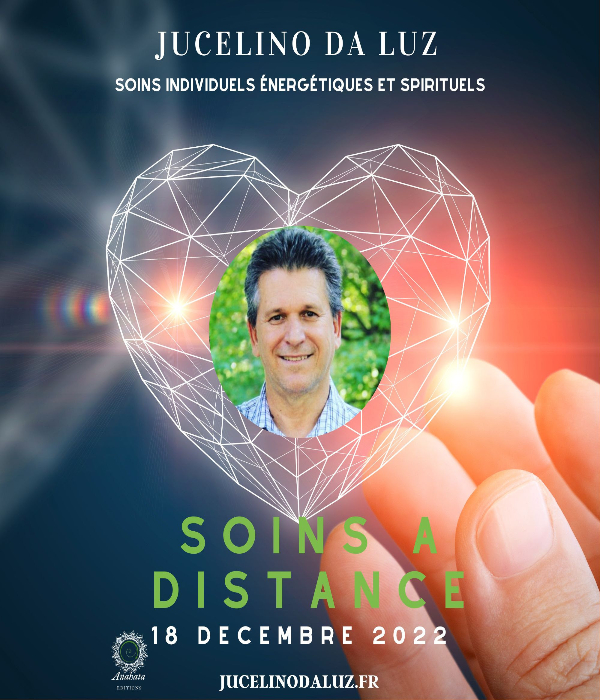 Item 6 of the above mentioned letter was analyzed by "Numerology" and not through prophecies as the other items in this missive . Therefore, some changes and alterations may occur in its final result that are not controlled by the one who writes the message . ( They can change everything and Argentina win as well as Croatia win too )

* Numerology is a branch of esotericism that uses the symbolism of numbers and mathematical operations in order to establish a hidden relationship between numbers, living beings and physical, paranormal or even divinatory forces in order to predict the characteristics of the personality and even the destiny of that same person. In addition, numerology is also the study of the numerical value of letters in words, names, and ideas.